Apple is a company most of the technophiles associate themselves with. It is not only a company that enables for the production of quality devices, but also of products that are one of the best you can find in the market. However, the cost is an issue of worry for the people that would want to migrate to Apple. If you can get rid of the budget issue, then the devices made by Apple are definitely one of the best that you could possibly go for. On a brighter note, you’ll definitely be able to get a lot of enhancement and feasibility of you go for the Apple devices.

Not only is it extremely good to look at, but also you will be able to get the versatility of the Apple operating system, along with the technical support and expertise of a company that has been around for quite awhile. Overall, you will be satisfied with your Apple product, which is evident from the huge amount of sales that they have been able to generate all across the world. With Apple, you would also go for the use of iPhone, a quality product with a very good franchise.

The Apple iPhone 5C was released in September 2013, and has been continuously garnering a lot of sales due to its quality product development. Also, with the inculcation of colors and varieties within the mobile phone, Apple iPhone has definitely been able to strike a chord with the people with this particular design.

As for the design and its capabilities, it has the traditional candy bar appearance from any Apple iPhone. This does not in any way diminish the quality of the iPhone, but rather, it enhances the overall look and appeal that people will obviously get to know about Apple.

As for the display, you have 4 inches of screen size, which is more than enough for all your multimedia needs. It has a pixel ratio of 640X1136 pixels, which is more than enough for any quality work that you do. Also, it has a pixel density of 326, which is higher than most of the mobile phones that you can find of this particular category. So, any sort of multimedia work that you happen to be engrossed in with your iPhone, can definitely excellent. Also, the LED backlit IPS LCD capacitive touch screen is out of the world. It supports 16 million colors, and also has multi-touch facility. All of these add to the enigma of the Apple iPhone 5C.

In terms of the camera quality, the Apple iPhone 5C has definitely taken an upgrade since its predecessor models. You find eight megapixels camera in the back of the Apple iPhone 5C, which is capable of shooting high-definition photographs for your enjoyment. It also has a pixel ratio of 3264X2448 which is ideal for any sort of outdoor shooting. Also, the presence of autofocus, LED flash, and simultaneous HD video recording will definitely help you to gauge the overall quality of the product. Also, with the 1.2 megapixel camera upfront, you will be able to engrossed yourself in video calling.

As for the computing power, you have dual core 1.3 GHz Swift ARM v7 based CPU, which has the Apple A6 chipset. This is a whole lot of computing power that you have within the new Apple iPhone 5C. Also, for the GPU, you have the powerVR SGX 543MP3 triple core graphics that is definitely one to enhance the overall multimedia viewing experience that you would be able to get.

As for the operating system, you have the iOS 7 which can later be upgraded to the new iOS 8 upon its release. The best part about making use of this Apple operating system is that you will be able to get dedicated technical help from the experts, and there are no presences of viruses in this particular operating system.

If you want to purchase the Apple iPhone 5C, then you would need to pay an amount of $737.99. This is a sum of money that you need to pay in order to get the best possible Apple Mobile in your lap. 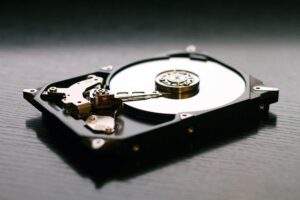 Previous post What Are The Tips for Buying Hard Drives Online