It is no longer an easy task to discover that special person in 2017. The apps and websites available on the internet today are enormous which usually confuse individuals whether to continue their search or not.

Considering the several opportunities available in finding a date, several risks are also attached such as fake profiles and a little bit of exaggeration here and there. A recently launched, professional online private investigation startup based in Boston known as Aste is planning on ways to overcome the threats associated with online dating. This platform is not an app, but a tool that will be used to reveal the threats of online dating.

Julie Nashawaty, the founder indicates that the dangers of an unpleasant match associated with a dating app go beyond a cautionary tale. She indicated on Aste’s website that she almost went on a date with a bank robber who did not indicate his criminal details on the website.

After sharing her experience and developing Aste, she realized that many others have also been a victim of this encounter.

She stated that several individuals indicated that they just went on a date with an ex-con and continued that most individuals have a terrible experience or at least knows someone who does.

She stated that two separate employees on Aste will find out about the profile of every individual that submits a profile on Aste such as the social media history, family background, criminal history and other information that are based o the first name, phone number, and location.

Nashawaty elaborated that in contrast to other search engines that rely on algorithms to screen people, Aste would be depending on the effective human labor. She referred to this system as a “human algorithm” and indicated that every of the investigator has received adequate training to deliver similar results.

Even though it is being operated using human input, the generated report will only be to provide information and not for compatibility. Aste does not involve in tagging an individual “good” or “bad” during their search.

Nashawaty indicates that the method is not partial in any way as the research on every individual is similar.

Although any amount of romantic influence that would affect results have been eliminated by the lack of opinions from Aste’s team, the expansion of the business is also limited. To maintain this business, seeing an app linked with the Aste’s platform in the near future seems very unlikely.

Even though, Aste would not gain popularity in the world on an online dating app, specific applications are also implementing preventive measures to guarantee the security of their dating app and remove any possibility of malicious intentions or unpleasant personal history.

A dating app that claims to be developed “for geeks by geeks” and referred to as Dragonfruit, is also fully aware of the false details that are usually provided in dating apps but there is still no standard method from handling these complaints.

The digital marketing manager of Dragon fruit, David Puccio stated in an email that details that screen bot accounts are included during the account registration process and similar to Aste, individuals handle these complaints instead of passing it up to algorithms that are computerized.

Meanwhile, an app based in Seattle known as Siren that is focused on highly dynamic dating profiles is exceeding its concentration on a case by case issues as well as the dating landscape in general.

Depending on daily inquiries to instigate interactions, Susie Lee, the CEO of Siren indicated that removing static profiles and redundant information will lessen the chances of using false information for soul mate matching.

Lee stated that one of their objectives is to develop a feeling of genuineness and security in the best way possible.

She stated that fake profiles are sometimes developed on some dating apps in order to attract new users. This method was recommended to her, but she didn’t implement it because it would facilitate a tradition where fake profiles are acceptable.

There have been no cases of harassing messages and profiles are linked to every device to prevent duplicate offenders. Lee indicated that the mission of the app is to develop a safe haven for individuals that are scared of the risks associated with online dating.

Lee stated that they won’t be surrendering anytime soon.

Contrary to the algorithmic maintenance managed by dating apps, a challenge that is usually uncommon with digital businesses encountered by Aste is the high cost of maintenance  for the highly trained, full-time employees.

The cost of every investigation is about $29.95 which can only be discounted when multiple purchases of several reports are placed. For a dating meetup that could only involve a cheap coffee, this could be a steep investigation, particularly on a limited budget.

The issue of cost has been Nashawaty’s bone of contention from the start of the business. She stated that there is a very limited possibility of reducing the cost of search due to logistics that deals with labor.

She stated that the benefits of an instant check are far more than the financial cost associated with the report.

She continued that we are always willing to spend on additional security and everyone’s safety is priceless.

Around 80% to 90% of students in both high and middle school of Lake Travis ISD would be expected to register for the compulsory drug test program.

The board of trustees of LTISD concurrently passed the bill at a meeting on Wednesday which mandates several students to register for the LeaderForLife program which was previously optional.

Students from grade 7 to grade 12 that are taking part in the competitive, school-sponsored curricular activities must register. Students with a parking pass from grade 9 to grade 12 must also register.

Participation in the program is optional for students that do not correspond with the criteria mentioned above. But the activities outlined cover about 80 to 90% of students as stated by Mary Patin, the Deputy Superintendent.

She stated that the main objective was to cover 100 percent of the students and the parents, guardians, community and district staff in the LeaderForLife will continue to think of ways to accomplish this.

Urine will be used as the new testing procedure which was previously saliva in order to generate a more precise outcome.

The board came to an agreement that once a student has been initially tested positive, the school counselor or the parent/guardian will be informed without any disciplinary action. However, if a student test positive for the second or third time, punishments like being excluded from extracurricular activities, parking pass revocation and community service can be meted out.

Brad Lancaster, the superintendent explained that the underlying punishment and the LeaderForLife program are different entirely from for instance when drugs is caught in the possession of a student.

The coordinator of the district health and social programs, Kathleen Hassenfratz indicated during a conversation with Community Impact Newspaper which occurred prior to the meeting that they are attempting to create a way out for students when dealing with drugs.

Two weeks back, Hassenfratz put together a focused gathering of high school students to discuss the cell phone app that was developed in collaboration with the drug-testing program. Students are given rewards by the app for participating in the program.

She stated that the students were asked what they were offered by the school and instead of ordering for food from businesses in the vicinity, they decided to discuss about nearby parking spaces, ticket discounts for homecoming and prom. It majorly focuses on the work input from the kids.

Hassenfratz stated that so far, the results from the LeaderForLife program have all been negative, but the district knows this might change as urine is now used for testing procedures and more students are getting involved.

She continued that they are prepared to provide counseling services on a contract and place counselors for the same. 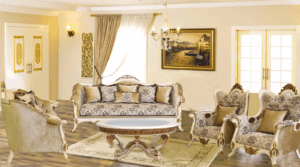