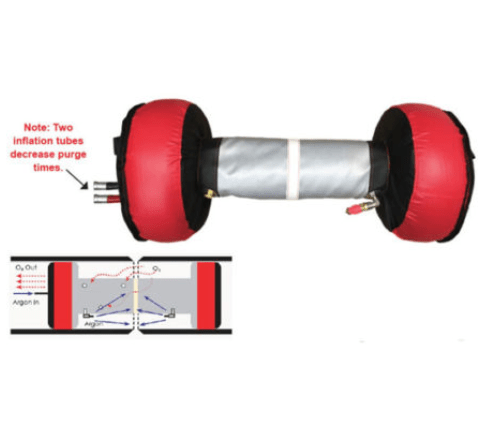 Proper purging techniques are essential because this is what prevents the materials from getting oxidized.

The welding environment is essential when working with corrosion-resistant materials such as titanium and stainless steel. The corrosion resistance of the material is highly dependent on this stage. During the welding process, the welded joint is exposed to air, and as a result, oxidation takes place, that is, if it is not protected. Top pipe purging equipment should be used to prevent the oxidation or have it treated later.

The success of the welding process is mainly dependant on the use of top pipe purging equipment and applying the correct techniques. These two form the basis of this article.

How to Prevent Oxidation?

When welding steel, oxidation occurs in the seam if oxygen is allowed into the area. The situation is worse when other more reactive metals such as titanium, molybdenum, and zirconium are used. Once oxidation has taken place, the metal is no longer resistant to corrosion and may need further treatment in this regard.

Treatment methods such as grinding remove the protection on the surface of the metal. Other better procedures, such as pickling, brushing, and blasting, get rid of the oxidation and brings back the corrosion resistance properties. Nonetheless, in cases such as welding of pipes, getting rid of the oxidation after welding is out-rightly impossible.

During the welding process, oxides go into places that are not easily accessible, hence, the final product will not be resistant to corrosion. The surest way of solving the oxidation problem is pickling, but this takes a lot of time and is almost impossible to perform on a remote job location.

Instead of having to go through the nearly impossible process of getting rid of the oxidation, the best solution is to avert it before it happens. This is what purging is trying to address.

The purging process involves using gas to protect the seam until it has cooled down enough that oxidation is no longer a possibility. The most commonly used gas is argon, an inert gas that is denser than air. Other options include nitrogen or a mixture of nitrogen and hydrogen.

The most common approach to purging involves closing the ends and purging the entire pipe. This method, however, takes more time and is not economical since it consumes more gas. For a successful purging process, the following equipment is mandatory:

A purging chamber should provide a sealed unit, reduce the purge mass, and protect the area from impurities during the process. The primary key to high-quality purging is distributing the gas at languid speed inside the chamber. This process will ensure that the purging gas and oxygen are not mixing, and there is little or no turbulence. The purging unit should be well sealed to prevent oxygen from penetrating. As much purging gas as possible should be maintained in the chamber, while oxygen is barred from getting into the welded area.

Aluminum tape is used to seal the joints from outside. Note that regular tape cannot be used here because they contain halogens. This element will be taken in by the heated reactive metals and result in embrittlement of the welded surface.

The materials used in making the purging unit should not contain halogen and should be heat resistant. The chamber should provide an outlet to emit oxygen and excess purging gas from the welded area.

After the purging process is complete, the volume of oxygen that remains is known as rest oxygen, and contains the following:

The oxygen indicator is used to measure the exact amount of oxygen present at the joint. This indicator should be very accurately such that it can trace any extra oxygen. This process will help prevent welding failures and repeat jobs.

For the best welding results, the tungsten arc welding electrode should be used to grind the edges longitudinally and centrically. The tip should be smoothly finished to achieve the right arc stability.

The most common concern about purging is the gas flow rate that the welder should purge. This is, however, more dependant on the space to be purged.

For the best results, the welder should ensure sufficient flow to expel the oxygen out and keep the pressure inside higher than outside the chamber. This process ensures that fresh oxygen does not gain access to the unit via a weld seam, while at the same time minimizing turbulence, which might be the cause for instability.

A high-quality weld that can be used for the aerospace, petrochemical, nuclear, and pharmaceutical, among other such industries, need the right tools. The use of the right equipment and expertise will ensure a strong joint that is free from oxidation is achieved. 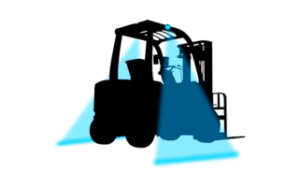