Since the invention of World Wide Web in 1983, the usage of internet has only heightened. Internet is a basic prerequisite in today’s world. But as the necessity grows, so does the challenges for keeping the data secure.The number of cyber threats is at an all time high, and the costs associated with data breaches continue to rise.

Cyberterrorism is defined as politically driven use of computer systems, programs and technologies to cause widespread fear and damage. The main motivation for these attacks is to cause harm to the victim, extreme financial and physical harm may or may not be caused. Attack surfaces are growing on a daily basis. <a href=”https://hackingblogs.com”>Hacking Blogs</a> said that there has been a major hike in cyberattacks on government agencies and big tech companies in the recent times. In May, 2019 it was revealed that hackers in coalition with the Chinese Intelligence service had been making use of NSA hacking tools since 2016, a year before these tools were actually leaked.An extensive data theft occurred in the month of March this year, when Iranian hackers targeted people at more than 200 oil and gas and heavy machinery companies, stealing corporate secrets worth millions and erasing vital data.

India is no stranger to these attacks. According to a Data Council of India report, India has been the second most cyberattacks affected country, between 2016 and 2018. One such incident happenedin March 2019, when four employees of a Hyderabad based IT firm were found guilty of stealing data of a large number of voters in Andhra Pradesh. According to a research conducted by Juniper, it was estimated cybersecurity breaches will result in theft of 146 billion records by 2023, whereas cybersecurity spend will increase by only 9% per company per year.

Prevention is better than cure. Well, the same works for the case of cyberterrorism. Installing reputable security measures such as antivirus and malware software and updating them on a regular basis can play a key role in preventing cyberterrorists from hacking into organisational networks. IT policies should be developed in a way that protect business data to its best and allow only certain kinds of files that can be downloaded by the company employees. Organisations should maintain backups of their systems in order to protect themselves against ransomware attacks. Government also needs to employ and implement stricter cyber laws in order to put a halt to these attacks. 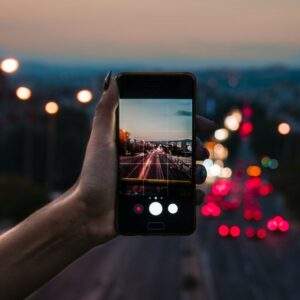