Microblading is considered a relatively easy and gentle procedure that does not cause much damage to the surface of the skin. The master carries out micro-cuts, subsequently filled with dye – this gives an effect that repeats the texture of natural hairs. In order for the procedure to bring only positive emotions and fully justify the hopes placed on it, it is necessary to properly perform the care after microblading – it will accelerate healing and will reduce the already meager likelihood of unpleasant consequences (such as swelling and scarring).

Does microblading severely damage the skin?

Top microblading in Los Angeles does not greatly violate the skin and does not affect the deep layers of the epidermis. If the master is experienced, then, as a rule, he does not make incisions deeper than two millimeters. But it should be understood that their total area and dye in the wounds require rehabilitation and careful eyebrow care after microblading in the first days. If this is neglected, then inflammation can develop, and the results of the procedure will be completely joyless and deplorable.

What needs to be done?

In the process of healing the wound surface after microblading, several stages can be distinguished, and for each one should carry out its own set of measures. The cosmetologist who performed the procedure will definitely appoint them to you, since it is on him that all responsibility lies. Therefore, carefully consider the choice of the master.

Eyebrow microblading – care after the procedure step by step:

Usually everything goes according to the same scenario, it is quite versatile and recommended by most cosmetologists.

Successful eyebrow microblading and post-treatment care are linked together. The face must be washed with a gentle mild agent 2 times a day, and the affected areas should be lubricated with Vaseline or AD-B & W healing gel.as soon as there is a slight tightness (usually it has to be done 4-5 times a day). If the procedure was easy, and you have good immunity and the healing process is fast, then only a thin film will appear at the site of the intervention, invisible from the side. If wound crusts appear – this is not critical – they disappear after a week. You should not speed up the process and strip them off: you can introduce an infection, damage tissues, cause scarring or interfere with the uniform distribution of dye. 4-5 days after the procedure, severe itching may appear in the area of the eyebrows. You can not scratch them!

Second week
At this stage, the peels (if any) fall off, the film disappears. Eyebrows may initially appear pale, but the dye will gain color, and they will acquire the desired shade. Skin care should not be stopped – the wound healing cream must also be applied twice a day. You can familiarize yourself with the full range of suitable wound healing products in the “ Healing Gels ” section of our online store.

Refuse to apply makeup on eyebrows;

Refrain from visiting saunas and baths, direct sunlight on educated skin, do not visit the solarium;


Do not use facial scrubs and peels

It is also better not to go to the pool during the recovery period. The end of the first month will already clearly show how microblading went and whether additional correction is needed. Most often, the first procedure leaves no more than two-thirds of the coloring composition in the epidermis, and after correction it remains in the skin almost completely. It should be understood that during microblading correction, care after the procedure is required identical to what was prescribed after the first procedure. 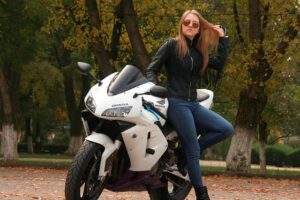 Previous post Where You Can Buy a Good Black Leather Jacket Online?

Next post Most effective method to manage QuickBooks Error 30159

Here’s Why You Need These Baby Care Products

Importance of Managing Stress for a Healthier Skin

How Necessary It Is To Smell Good? Importance of Smelling Good

Learn to Get Rid of Annoying Hairs with Ease!