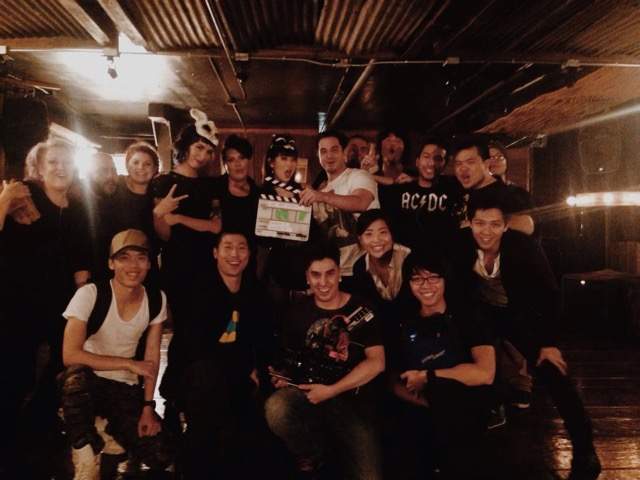 “We Are Stars” is the title of the song and video from Oakland Psyche-Pop band Snow Angel. The video displays an epic crime caper with a tone that falls somewhere between Stanley Kubrick and Quentin Tarantino in its hip-meets-edgy violence. It’s all in the name of young angst and the pursuit of music, and it’s most certainly cinematic. An ample portion of the credit for this goes to the video’s producer Nanako Fukui. When the band began working with Executive Producer Mark Kohr (known for his work on Green Day’s “Basket Case”, Oscar Nominated Animation Film The Nightmare Before Christmas, and others), he reached out to Nanako having been a fan of her work on the film Between the Sun and Me. Convinced that this producer was the one who would bolster the creativity of “We Are Stars”, Kohr tasked Fukui with unleashing her creative mind as producer, writer, and director. The results speak for themselves. “We Are Stars” is the inverse of “nice girls” who enjoy “tame music”; it’s a comet ride of music and intensity that has received thunderous praise and numerous accolades from the industry and music lovers.

As producer, writer, and director of this music video, Fukui had oversight from its inception to create a visually stunning story which she knew would fall within her budgetary boundaries. As the architect of this tale of dangerous women, she conceived of scenes which would be accessible based on her knowledge of locations in the San Francisco area. As the producer of numerous films and music videos, Nanako’s experience gave the production a sizeable advance in regards to placing finances in the most ideal categories. With the band as themselves alongside a minimal cast (which includes actress Ran Wei who appeared in multiple Grammy nominated artist and VMA Award Winning Artist Post Malone’s “Rockstar” video featuring Grammy Award Winning Rapper 21 Savage), scheduling was also concise and more manageable.

What appears at first to be the tale of a female duo who dons animal masks to rob and destroy a convenience store takes a major turn when it’s revealed that they only do so in order to attend a Snow Angel concert. There’s more than enough moral ambiguity to consider in the story but most significantly, it challenges the idea that women have resigned themselves to complacent and controlled roles in society. It’s an effective message from a female band and a female producer/writer/director. The shock value is there to make a point and the dynamic and beautiful way it is shot makes it impossible to look away; not that you’d want to. It’s hard to imagine a convenience store owner giving a film crew permission to destroy his place of business but Nanako is known for her powers of persuasion as well as her thoughtful oversight. She explains, “As a producer I have to trust my creativity. If I do so, my passion becomes real and it spreads to the people around me when I needed something. Overseeing both Japanese and American productions and being fluent in both languages teaches you a lot about communicating with different people. By relating to them on their terms, they offer their trust and you create a conversation of mutual respect.”

“We are Stars” possesses universal appeal as indicated by such accolades as this production’s inclusion as an Official Selection of the Berlin Independent Film Festival, and Official Selection of the Ottawa International Film Festival, and as a Finalist of the Silver Sound Showdown Music and Video Festival.Executive ProducerMark Kohr declares, “Nanako is the primary reason this music video won so many awards and has such a great visual style. She sets a high bar and is a master of motivating people. Those like myself who have been fortunate enough to work with her are always excited at the idea of collaborating with her again in the future.” 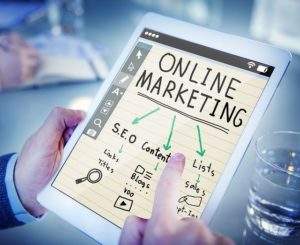 Next post How to Become a Successful Digital Marketer