The term insolvency can be seen being used by individuals and companies. For the individuals, it is popularly stated as a bankruptcy. But when it comes to the company, it is termed as corporate insolvency. Other than different terminology, there are various rules to it. In some parts of the world, going bankrupt mainly means sending an application to the court. For the firms, there are different rules applicable as corporate insolvency relies on company law. According to the insolvency and bankruptcy code, the firm will be stated as insolvent if it fails to pay the debt it has on its head. Primarily, there are two tests to determine if the firm is insolvent.

In case, the answers are positive to any of these options, then your firm is termed to be insolvent. The company is unable to pay debts if the court order has not been sorted out yet. It can also prove to be insolvent if the creditors have served formal demand for the undisputed sum at the registered office of the firm and debt fails to get paid for 3 weeks.

Learning about the procedure now:

Your firm might be placed into the field of formal insolvency process by not just you, but even by your creditors, shareholders or the court. As the firm over here nears insolvency, there are four significant processes by which the firm might be rescued potentially or wounded down and the assets get distributed.

A company voluntary arrangement also called CVA is noted as the binding agreement, which is placed between creditors and company. The director along with the fellow directors will be the one to initiate CVA. However, if appointed already, liquidator or administrator might also propose it.

Understanding the real meaning behind administration in this regard:

The administration is primarily noted as the rescue procedure of the firm under which the assets will get protected by stopping any form of the creditor action. However, this is mainly done for the benefit of all creditors and not just for you. With the help of this process, a qualified bankruptcy law lawyer or insolvency practitioner will be replacing the director and the entire board of directors, as well.

Going through the points, it can be clearly proved that the administrator will have wider discretion to do what he thinks as the best alternative during such crucial stages. They are the one to decide whether to save the company or just sell it, or just wind it down. For that, an administrator can perform multiple tasks. He is the one to design restructure proposal, and then provide it to the registrar and unsecured creditors within a span of 8 weeks. Later, a creditor vote will then follow for approval where a simple majority is needed. Learning about insolvency is important, mainly from the company’s perspective here.

Amy Jones has been serving as an experienced legal content writer in Ahlawat & Associates, who is related to company law appellate tribunal. She is a passionate writer and always on the lookout for opportunities for sharing her knowledge with legal community. Follow her company on various social media networks like: Twitter, Facebook and LinkedIn. 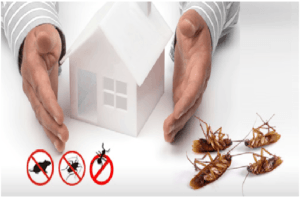 Previous post Get To Know The Basics About Integrated Pest Management