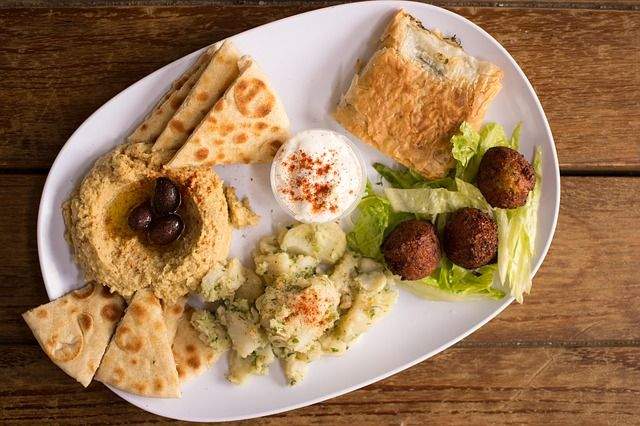 Middle Eastern cuisine offers immense variety of delectable delicacies you can’t ever deny. From simple starters, sumptuous meals to mouthwatering sweet dishes from Middle Eastern countries are definitely worth giving a try. Not only in the countries of this region, these dishes have taken over the world and some of these are certainly being counted among the most sought after foods this year.

If you are a die-hard foodie and love to have a diverse culinary experience, then you must try some really popular Middle Eastern inspired foods. These dishes are easy to prepare at home too, so if you have the knack of cooking then don the chef’s cap and get going.

Have a look at a few and get ready to binge

Mutabbal is a purely vegan dip more or less like hummus prepared from eggplant. It is one of the most relished dishes in the Levantine countries and is savoured with pita bread, tortillas and potato chips. Fresh eggplants are roasted properly, mashed and mixed with lemon juice, tahini, garlic paste and salt. Topping of pomegranate molasses and olive oil lends that lip smacking taste you can never forget. This side dish is getting famous not only among the locals but outsiders too.

Chicken Shawarma with Hummus is a sizzling dish with nicely roasted chicken pieces spiced up to perfection and topped with the best hummus. It is served with pita bread and holds the most delectable taste to relish. Seasonings of lemon, cumin, paprika, turmeric and the marinade of olive oil and other spices pack a punch with flavor.

Muhammara is a red chili dip mostly savoured with toasts in Middle Eastern countries but has gradually gained a lot of demand among the people from all over the world. People not only head to restaurants to relish this exotic side dish but also try it at home owing to its easy recipe. Balsamic vinegar, walnuts, bread crumbs, garlic, lemon, olive oil, roasted red pepper are blended together to make this savoury dip and served on toast with a topping of Goat Cheese.

Pilaf is yet another popular dish from the Middle Eastern cuisine and is a definite treat for all the foodies out there. This is again a vegan dish to savour your palate. Spiced up basmati rice is topped with fresh herbs, stirred through the currants and served with roasted carrots with spicy yogurt or tahini sauce. The array of exotic spices like cumin, cinnamon, cloves, pepper etc used in pepping up the flavor do not fail to please your taste buds.

This exotic flatbread is a delicious base for many dips and sauces like hummus, labneh, baba ganoush and more. It is easily available at the eateries and can also be prepared at home. The zataar crust lends it an incredibly delicious flavor and the topping of sesame seeds add a little bit of unique flavor to the soft bread.

Bourekas are the traditional treat widely savoured in the Middle Eastern countries. It is basically a puffed pastry filled with the spiced up mashed potatoes, mushrooms, cheese and spinach. The seasoning of other indigenous spices, especially, nigella seeds is the speciality of this delicacy that makes it stand apart. Baked well till it is crisp and flaky, Bourekas are the must have treat this year.

After enjoying a royal dining experience, what your heart craves for is a tempting sweet dish and Baklava is one such delight. Prepared from very thin unleavened dough filled with the mixture of nuts sweetened with honey and sugar, Bakalava is served after drizzling a sweet syrup over it. It rich flaky texture and exceptional taste makes you to drool.

If you are looking for a unique and tempting meal, try Shakshouka. It is mashed tomatoes cooked in plenty of herbs and topped with cracked eggs. This amazing tomato delight is a phenomenal treat for you from the Middle Eastern cuisine and you can enjoy it either in breakfast, lunch or dinner. Relished with breads and toast it makes one of the happy meals.

Labneh is a creamy delight that tastes the best with pita bread or tortillas. It has a thick creamy texture generally with the cow’s milk base and has a mildly spicy and sour flavor with some spices sprinkled over. Labneh is also a widely popularizing food that will surely be a hit this year. When out in search of some of these dishes, make sure to put your hands on this velvety dish that will melt in your mouth leaving an exotic flavor.

Talking about Middle Eastern foods and not counting Falafel? It’s impossible. Falafel is the most prominent food of the Levantine countries and now you can see many eateries popping up everywhere serving it in the most appropriate manner. Falafel sandwich is a rich combination of pita bread stuffed with tangy pickles, fresh spiced up veggies and tahini sauce. Hot and fresh, this snack has an amazing crunchy exterior with the soft spicy fillings.

This year you will definitely see many multi cuisine restaurants popping up with these and many other Middle Eastern food delights everywhere. Middle Eastern cuisine does not only comprise of a particular taste or style but this cuisine is a combination of varied culinary delights. These lip smacking dishes have already stolen the hearts of gourmets and foodies and are gradually making their space in other countries too.

There are variety of herbs and spices that complete the preparation of these delicacies to perfection. Now when in urge to have such delicious foods you will not have to satisfy yourself with pictures only but you can really savour these dishes at the eateries near you. Plan a party or enjoy a family dinner with toothsome and sumptuous food options from the Middle Eastern cuisine right in front of you. 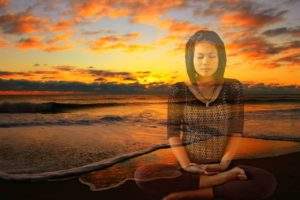 Previous post Best Mindfulness Exercises to Give a Try Today 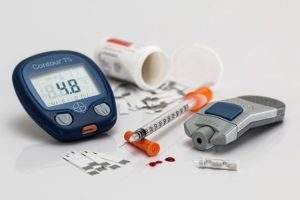 Next post Top Diseases You Should Be Prepared For Anytime

Delicous Cakes That You Can Order Online

12 Most Favorite Cakes Flavours In The World Ever

Tips For Eating Healthy While Pregnant

What to Eat When Trying to Get Pregnant

Consuming Eggs to Reduce the Risks of Diabetes