With the little crown on the top, health benefits of pomegranate juice will make you feel nothing less than a queen with the skin as bright as the sunshine. The fruit has been used in our kitchen since archaic times, but apart from adding the flavors to the tangy meals, with the little sweet and sour, It is quite beneficial for the skin to if applied topically. Not only is that Pomegranate Juice pure nectar for Skin, the continued intake of the Pomegranate juice can guard the skin against the disease like skin cancer.

The rich source of antioxidants and vitamins is nothing but a pure blessing for skin fighting against all problems, from something as mere as the sun tan to the something we all are scared of, the bad pop-outs, the acne break-out which is enough to shatter our day, but by pomegranate juice by your side you are all set to fight against these.

Some of the health benefits of pomegranate juice for Skin:

Aging is an indiscipline part of the life cycle but if you are suffering from the premature aging, the issues need to be considered. While fighting against the hardships of life amongst the chaos of Urban areas, our skin is exposed against harmful Ultraviolet rays of the sun and several pollutants which Detroit the situation more. To top of it, while mending with the issues of lifestyle, we are consuming the food which harms our skin in some way or another like excessive consumption of inflammation causing food items like refined carbohydrates, processed meat, etc.

We are somewhere responsible for premature aging. If you are also suffering from anything like that, fight with your Pome”grenade” which is rich in antioxidants that can help in keeping the check against the deterioration of connective skin tissues while promoting the synthesis of collagen in the body. Collagen is responsible for the firmness of the skin and hence regular consumption will provide health benefits of pomegranate juice by makeing your skin supple and give you the natural glow

Works wonders on damage caused by the sun on skin:

Health benefits of pomegranate juice on skin affected by sun damage in any possible manner, be it sunburn or sun-tan caused by harmful Ultraviolet (UV) rays. The pomegranate is quite effective in fighting the radicals prone to sun damage which is one of the many pomegranate health benefits. So if you are suffering from any skin damage caused due to sun exposure, Pomegranate is your one step solution. Including in it your routine skin regimen along with complementing it with the consumption of the Pomegranate juice will help and the effective results will be shown within a few days.

One effective shield for protecting against skin cancer

Pomegranate is a rich source of antioxidants and Vitamin C along with Vitamin E that proves to be one powerful shield protecting your skin against toxins and inflammation. Regular intake of pure Pomegranate juice or even eating the fruit has proven to be on the effective measure to protect the skin from cancer.

It helps the skin to fight against Acne

The primary cause of Acne is the excessive secretion of sebum in the body. It may occur due to some hormonal disorder or can be caused due to the improper functioning of our digestive system. Oxidation of sebum is the one of most effective health benefits of pomegranate juice for  those acne breakouts. People suffering from the deficiency of several vitamin groups including A, C, and E along with antioxidants in their blood also face the problem of acne breakouts.

Using pomegranate juice topically or the mere intake of it on regular basis can help you in fighting and prevent acne. Pomegranate is a rich source of antioxidants along with Vitamin C and E which fights against the acne by regulating the oxidation of sebum. Pomegranate also provides its aid in detoxification of the liver, thus facilitating the functioning of the digestive system which in turn prevents sudden breakouts.

You can either get health benefits of pomegranate juice or apply the dried peel of it for speedy results.

It is absolutely helpful in preventing Wrinkles:

One among the amazing health benefits of pomegranate juice is preventing wrinkles owing to the Punic acid which helps in restoring the moisture while locking it at the same time in the skin which apparently helps in shadowing the wrinkles. Also, one thing that this wondrous food is enriched with is the ellagic acid which is present in pomegranate’s arils which also helps in reducing the wrinkled occurred due to UVB exposure which is one of the several pure pomegranate juice benefits.

Expedite the healing of wound:

Undoubtedly wounds are scars are not loved by anyone, but at times they are inevitable. As per the studies, the pomegranate can work its magic if used on scars for accelerated healing. The pomegranate peel is rich in Gallic acid and catechins that works by boosting the synthesis of collagen and protein in the affected area, thus the wound gets contracted as the result. The pomegranates extract benefits include a great cure for the bacterial or fungal infection too. You can either use the peel or an ointment with pomegranate peel as its major ingredient.

For regulating the hydration of the skin:

Every amateur and even a skin expert suggest the hydration as the core of any skim regime. Hydrated skin appears to be more supple, firm, and glowy and is less prone to acne or breakout. Not only that, hydration also assures, you never have to face a bad skin day ever. Pomegranate juice is one rich source to keep your skin hydrated apart from safeguarding it from acne breakouts. Punic acid and oleic acid present in Pomegranate also help in repairing the skin while hydrating it. Moreover, Pomegranate juice is one good supplement of Vitamin C which is one magical nutrient for dry skin. For better results, you can add pomegranate oil to your skin regime.

With the pomegranate juice by your side, pamper your skin and treat it well, as toxins and pollutants are all aside. 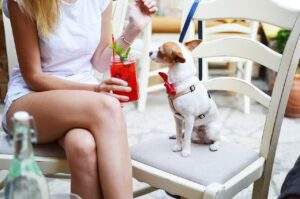 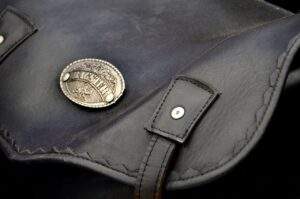 Delicous Cakes That You Can Order Online

Here’s Why You Need These Baby Care Products