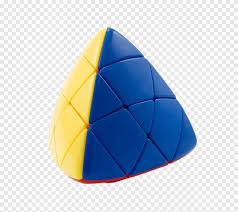 The thrill of solving a Rubik’s cube fills our head with adrenaline. But, after continuous indulgence, the Rubik’s cube becomes a bit mundane and less challenging. So, to up your game a little bit and add more adventure for your brain, try a mastermorphix.

Now, you must be wondering what a mastermorphix is…

Well! A mastermorphix cube is a levelled-up version of a Rubik’s cube.

Just like a cube has four sides with four different colours, similarly, a mastermorphix also has four colours but only three sides, and the three sides aspect of the mastermorphix is what brings the challenge in.

Although, if you have mastered a Rubik’s cube, mastermorphix will be tested but doable too.

With a lot of trial and error, you will definitely be able to figure out how to get a mastermorphix in place. But, if you want some head start with solving a mastermorphix, then worry not, we got you covered.

Below is a great method that can help you solve a mastermorphix in no time.

So without any further ado, let’s delve into this mind-blowing method of solving a mastermorphix.

Before going further, an important point to note is that the mastermorphix is of two types – one-coloured, and four-coloured. The method provided below will help you to solve a four coloured mastermorphix.

So, let’s get started

1. Believe that it is a cube

A mastermorphix is nothing but a complex formation of a cube, thus, if you take it easy with a mastermorphix and try to envision it as a cube, the handling and solving of it might become easier. Moreover, segregate the corners and the centre of it in your head. It will make solving it easier.

2. Understand the segregation of the parts

A mastermorphix is divided into three parts, i.e. the centre, the middle pieces, and the corners.

The small triangles and the pyramids are referred to as the corner pieces, The trapezium is the middle pieces, and the double triangle pieces are the centerpieces.

The whole mastermorphix could be divided into these three components and could be solved with ease.

3. Form a cross on the first layer

Align the three centres in the proper direction on the three edges. The alignment has to be from yellow to blue, blue to red, and red to yellow. After the alignment, insert one of the corners with one of the edges, it could be of any colour. Lastly, Repeat the insertion of the corner step, with the same corner, thrice.

This whole procedure will form a cross on the layer.

4. Build the corner and the edge

Follow this step by placing together one corner and one edge, and then the second edge. After doing the first step, put all the three in place. This follow up step is a bit tricky, but with practice, it could become really handy. Do this step on two of the colours.

Keep in check that the edges are finely oriented and properly aligned. Now, take up the top layer and solve it regularly as you would solve a Rubik’s cube. All you need to do is rotate the top layer by forty-five degrees, and Voila! There you have a layer of a cube. Solve it with your ease.

With these super easy steps, you could solve a mastermorphix without any hassle.

Mastermorphix is a really cool handy game that you can take up with you during your travels, school trips, or even mundane family gatherings. They do not just help you increase your brain activity, but also makes you feel cool and look cool amongst people.

Just imagine, how cool it is to solve a mastermorphix standing amongst people who cannot even figure out its first edge?

In fact, wouldn’t it be cool if your mastermorphix would be of premium quality? Well! Worry not, we got you covered in that aspect as well.

Get your mastermorphix from the India’s largest online stores – Cubelelo.com has a range of cubes for you to choose from.

So, get started with your mastermorphix and solve it in class with the help of this amazing method. 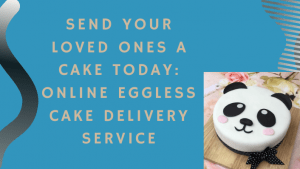 Next post Winter Inner Wear For Men For A Comfortable Winter