People say that, pregnancy is both a wonderful and equally challenging experience in a woman’s life.

And we totally agree with it.

Yes! From the time you get the good news of your own pregnancy till such time that you’ve delivered the baby, your hormones start playing with you. And your body and mind gradually adjusts and realigns to them. As a result, you might face challenges like nausea, weight gain, back ache, food aversions and so on and so forth.

Well! While these are some of the widely known symptoms of pregnancy, however there is a kind which might be a little less known, but it is equally challenging and very annoying. That is, nasal congestion and bleeding nose during pregnancy…

So, to know when it starts, how it starts and what are ways to deal with it…? Read on

Why is Stuffy and Bleeding Nose Common During Pregnancy?

Blame it upon the soaring oestrogen or estrogen and progesterone levels of hormones (coursing through your veins), that causes the nasal lining to swell. In fact, due to hypertension and increasing flow of blood during pregnancy, the blood vessels inside the nose are under constant pressure and they tend to swell by 50%, causing your nose to bleed.

Plus, this is the time (since your immune system is weak), you are more likely to catch a cold, and   allergies and infections are also not  uncommon, thus making the membranes inside the nose soft by producing more mucus, and giving rise to the congestion in the nose or the stuffiness of the nose.

Moreover, the continuous blowing and sneezing might even leave your nose dry and crusty, giving rise to bleeding inside the nose.

When Does It Begin and How Long Does It Last, During Pregnancy?

Well, it might intrigue you to know that, this condition is almost similar to catching a cold, during your pre-pregnancy days. But, as far as the pregnancy days are concerned (this is a condition common in up to 30% pregnant women)1, you will observe that, it will occur in you as you gradually step into the second month of your pregnancy. You might think that, this is just a matter of few days, but that’s not the whole truth. As, days pass by, and you reach the later part of your pregnancy, you’ll understand that things are becoming worser and this condition might stick to you till the end of your pregnancy.

So don’t forget to keep a few hankies handy, till your D-day.  As the congestion and bleeding is expected to vanish within two weeks after you’ve delivered your baby.

What Are The Ways to Deal With This Condition?

However, since this condition comes along with pregnancy, it cannot be prevented, but it can certainly be dealt with by using these tips:

Well, as your pregnancy progresses, you will feel sleep-deprived most of the nights, anxious and exhausted. If the condition aggravates, due to nasal congestion and bleeding, ensure that you get the doctor’s appointment immediately. Other than giving you some helpful medicines to combat the condition, he or she might help you with some relevant flu vaccination. Pregnancy vaccines help in preventing you from serious infections or diseases.

Previous post So, You Thought To Use The Cone Sleeve Language. . . Now What? 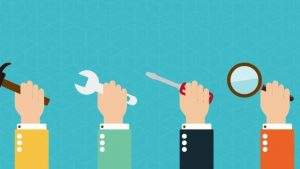 Next post Best Web Building Software’s In 2021 For Developers