Originally, Alhambra was made into a small fortress in 889 CE on the remnants of ancient Roman fortifications. Later, it was transformed into an imperial palace in 1333 by Yusuf I, the sultan of Granada. Today, it is considered a top-rated attraction, featuring lush green landscapes in Granada, and it feels like a paradise on the earth. Rugged and snow-capped mountains surround the site and provide a jaw-dropping backdrop and incredible sightseeing tours.

Nature lovers will love the breathtaking scenery of giant trees, dancing fountains, pretty flowers, and clear blue sky. The grandeur of the luxurious grounds of Moorish palaces looks surreal and attracts major tourism from different countries. Alhambra, the ‘Red City,’ is also known as Mediant al-Hamra in Arabic because of the marble color of the building. The stunning rooms and courts represent the legacy of Moorish art.

Discover the major indoor tourist attraction in Alhambra and relish a unique experience of endless adventure and thrill.

Mexuar is among the ancient parts of the Nasrid Palaces, which underwent several renovations. Originally, the public management of justice used the audience chamber and courtroom space for assemblies. Later, the area was used as an abbey from where you can watch the balcony, which once was the choir. Unfortunately, other rooms were ruined by Yusuf or Muhammad V. However, the art gallery and the Machuca Tower are still in good condition.

There is the Cuarto Dorado on the left of Patio del Mexuar and exhibits one of the great elevations of the Alhambra’s palaces. The construction of the stunning structure was made by legendary architects, including Pedro and Luis Machuca during the construction. You can buy the entry tickets and be a part of the interactive exhibition.

The Torre de Comares is the highest existing tower of the Alhambra, standing at 45 meters. It lies within the walls of the Sala Barca and offers the most spectacular scenery. Its glass windows look impressive and add glamour to the outlook of the grand hall. The left door of the tower leads to the large rooms, and there is a tapering passage with two doors. The exterior part opens up with few windows and gargoyles on its elevation, which contrasts with the grandeur of the tower’s interior.

Visitors can watch the breathtaking scenes of the landscape and click pictures on the most picturesque sites. People also believe that the last Moorish ruler of Granada settled his concession to the liberal Monarchs in the Torre de Comares.

The Patio del Mexuar is also famous with another name, the Patio de Los Mirtos, and it leads into the Patio de Los Arrayanes. The courtyard looks spacious and elegant from both interior and exterior, and there are two beautiful fountains flowing water into the pond. You can see the inscriptions written on the walls dedicated to the mighty god.

The white marble is used to decorate the pond, which also reflects the elevation of the court into the waters. A barrier above the art gallery makes a charming view when the reflection shows on the clear water. Dial Delta Airlines español and get updates on the ongoing flight sale price and book the best ticket to your dream destination.

The original name of Sala de Barca is an Arabic word, Baraka, which means blessings, and in the Spanish language, meaning a boat. The rectangular hall resides inside the Torre de Comares, and it is 24 meters long and 4.35 meters wide. Since the hall’s construction, it has undergone several changes in terms of its size and design. The smaller hall was later enlarged by Mohammed V, and the semi-vault was ruined by a fire incident in 1890. In 1964, it was restored by a replica of the site. The walls exhibit the incredible works of the famous personalities with the blessing and a living motto, ‘Only God is Victor.’

Sala de Los Reyes is the court of the Lions, and it is also known as the Hall of Justice and is categorized into seven parts. The famous and beautiful ceiling paintings date back to the 15th century and are well-preserved by the authorities. The three most incredible paintings are the site’s highlights and represent the court life scenes and sketches of rulers.

One painting shows one more beautiful scene of councilors, and the third painting shows the rescue of an unmarried woman. If you are a history lover, book your tickets by dialing United Airlines Telefono and get a chance to discover the magnificent sites of the place. 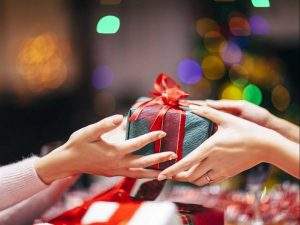 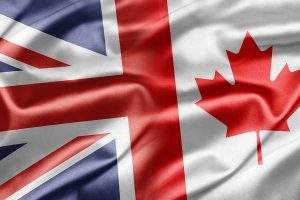 Next post UK Vs Canada: Choosing The Best Country For Abroad Studies

Exploring Aruba: 6 Most Impressive Sights to Go by Car