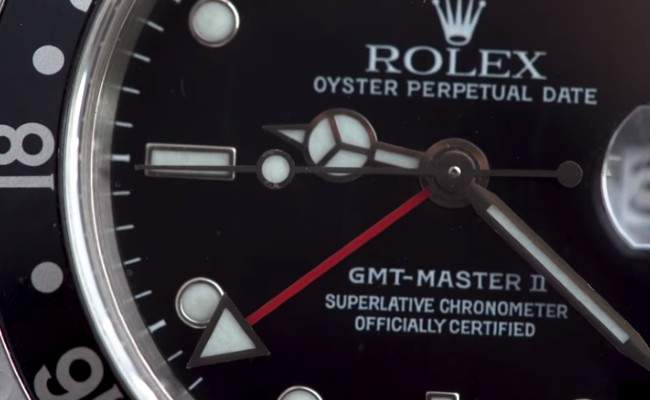 Since its inception, Rolex has remained dedicated to improving its watchmaking skills & precision. And undoubtedly, the brand has been successful in setting a standard in the horology industry. However, the 1990s era was a fascinating time for Rolex watches.

This is because the Geneva-based Swiss watchmaker launched one of its first completely new watches in decades. Also, Rolex ceased the production of its original GMT-Master lineup. Furthermore, the brand focused on modifying some of its core models.

Eventually, the decade 1990s saw some of the most popular and flagship watches from Rolex. Let’s take a look at them here.

In the 1990s, Rolex mainly focused on refining its existing fundamental and purpose-built tool timepieces. Interestingly, many of the watches that made its debut in the late 1980s and early 1990s are responsible for the leading status that the brand enjoys today.

Rolex introduced Reference 16710 in the late 1980s. It was one of the most coveted pilot watch editions throughout the 1990s and also, the middle of 2000s. However, later the then-new 6-digit Reference 116710 replaced it.

The GMT-Master II series represents the brand’s avant-garde prowess as it featured an independent 24-hour hand. Consequently, these watches could read three time-zones simultaneously – two time-zones displayed on the dial and the third zone on the bezel.

Rolex introduced the ever-first GMT-Master II as the Reference 16760 with a little bit broader case. Thus, it attained the nickname ‘Fat Lady’. However, the brand unleashed Reference 16710 in 1983, offering a more refined and slimmer design.

The Rolex GMT-Master II 16710 is available in three different bezel colours. And perhaps the most iconic and coveted out of all is the red-and-blue “Pepsi” bezel. However, Rolex also produced versions with red-and-black “COKE” bezel and also, a monochromatic black one.

While the Submariner was built as a professional diver tool watch, Rolex did not initially feel the need of adding the date function on its dial. However, the brand released a Submariner Date version in the 1960s that showcased a date window at the 3 O’clock side, and it became instantly popular.

Nevertheless, Rolex continued producing the non-date versions and the Submariner Reference 14060 made its debut in 1990. The watch featured luminous plots surrounded by white gold. Additionally, it was water-resistant up to 1,000ft.

Rolex also equipped the modern Submariner Reference 14060 with a unidirectional bezel, sapphire crystal and a high-beat perpetual movement. Interestingly, the brand has retained the standard 40mm size that many collectors crave for.

Another popular Rolex watch that debuted in the late 1980s and experienced a continuous production run throughout the next decade was the Rolex Datejust 16233.

The brand made several upgrades and unveiled the Reference 16233, replacing its earlier sibling Datejust 16013. The sapphire crystal replaced the acrylic crystal. On the other hand, Rolex updated the movement to Calibre 3135 from the Calibre 3035.

The upgraded Calibre 3135 movement offers a power reserve up to 48hour. However, the brand retained the same bracelet and case size options. You can choose a Rolex Datejust 16233 of 36mm with either a 3-link Oyster or the 5-link Jubilee bracelet.

Rolex released the Yacht-Master in 1992 as one of the brand new watches. Like the Submariner, the watch features similar Mercedes hands, case diameter and a 60-minute bezel. But the Sub was designed to use exclusively underwater; whereas, the Yacht-Master is created to be used on yacht decks.

Thus, the Yacht-Master is water-resistant up to 100m and the Submariner up to 300m. However, what contributed more to the immense success of the Yacht-Master during the 1990s is its exclusive styling.

The lugs are pretty more rounded compared to that of the Submariner. Moreover, the bezel flaunts a sand-blasted finish with polished and raised graduations.

Rolex launched the Reference 16628 as an all-gold Yacht-Master, followed by the Rolesium Reference 16622 in 1999. The brand has released many other versions over the years, including the ones with ceramic bezels.

But you can consider the Rolesium and all-gold Yacht-Master editions as the archetypical of Rolex models made during the 1990s.

Overall, Rolex has continued to produce many of its pillar models for decades. And its utmost commitment to improving its technologies contributes to its global success. Each Rolex watch built is expected to last for generation after generation.

Hans Wilsdorf established the brand in 1905, and since then, it earned acknowledgment for producing highly precise watches. Even, it was a Rolex wristwatch that acquired the Swiss Certificate of Chronometric Precision in 1910 for the first time.

Another significant innovation of Rolex was the first water-resistant Oyster case in 1926. Since then, Rolex effortlessly continued to perfecting the Oyster case over the last century, and today, it is the mainstay component for every Rolex watch.

Furthermore, the watchmaker launched the Perpetual movement in 1931 that earned the title of the ever-first self-winding movement. Altogether these innovations and creations in decades shaped the brand as it is known today. 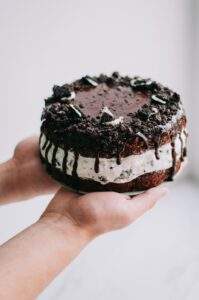 Next post A Backpacking Guide To Mt Fuji And Kawaguchiko

8 Classic Sneakers to Add to Your Collection

7 Tips to Designing the Bespoke Suit

How To Style Your Bridal Lehenga According To Your Body Type?

Foods and Drinks You Should Never Take With Invisalign