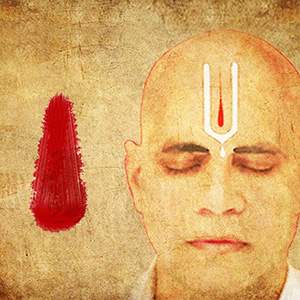 Tilak is also known as Tilaka in Sanskrit refers to a “mark” that is applied or made commonly on the forehead in Hinduism. Applying a Tilak on the forehead signifies respect; honor and a mark that helps identify an individual’s sectarian affiliation. Applying Tilak differs in various Hindu sects. It is generally applied with a specific finger in a specific manner or with the help of stamps which are hollow and made of metal.

Tilak may vary in texture, color, and material used. For instance Tilak of Sandalwood paste, vermilion powder or paste, Turmeric powder, Ash of Sacrificial Fire, or even ash of the incense sticks.  In some Hindu sects, the practice of applying Tilak is not only limited to the forehead between the eyebrows but it is also applied on various other parts of the body.

More about the Tilak from a Spiritual perspective

Let us now understand why we apply Tilak in a more detailed manner. As we all know that our body, the human body is always regarded as God’s temple. We all live in a material world and most of us assume this world to be true as we are blinded by the illusion (Maya).  We are very much attached to Maya hence when we are attached to Maya we must worship the Sagun (Materialised) form of The Supreme Lord whose seat is in the region of the mid-brow. It is the manifestation of God in a form.

Only a handful of people can worship the Nirguna form of Ishwar (God). Generally, we worship the Sagun form of God, and hence when we apply tilak on the mid-brow region it offers peace of mind and we feel the emotion of devotion.

Various types of Tilak that the Hindus wear:

There are different varieties of Tilak that are symbolic of various Hindu communities that follow a specific deity, sect, caste, gender, and like. The females usually apply round red Tilak mostly vermilion powder on their forehead or sandalwood paste/powder. Apart from vermilion and sandalwood, there are various other paste and powder that the women apply on their forehead.

Males on the other hand generally do not have a specific pattern of applying tilak. They apply a round-shaped tilak or teardrop-shaped tilak which is thick at the base and pointed at the end. As mentioned above there are various Hindu sects namely the Shaivism, Vaishnavism, Ganapatya, Shaktism, Honorary tilaks and Swaminarayan tilaks, and like. Let us take a look at the various patterns of Tilak men belonging to different sects.

People belonging to this sect are known as Saivites.  These people are ardent devotees of Lord Shiva and often have Tilak of three horizontal lines along with a red kumkum dot in between that tilak. They apply tilak using ash which is popularly known as Vibhuti.  The pattern of applying the vibhuti tilak is also unique. This Tilak is known as the Tripundra.

Three fingers namely the index finger, middle finger, and ring finger are dipped in the vibhuti and with these ash-covered fingers, three horizontal lines are marked on the forehead, once this is done a dot or Bindu of sandalwood paste or kumkum is neatly applying in the center of the three lines in a circular manner and this is how the Tripundra Tilak is made. Now that we know the meaning of the Saivites type of Tilak let us now understand the meaning behind the design of this Tilak.

According to the traditional Shaiva ancient text namely the Kalagni Rudra Upanishad, chapter two specifies the meaning of the three lines of the Tripundra Tilak. According to the text, The Tripundra Tilak or the tilak that the Saivites apply signify the three sacred and auspicious fires, the three syllables in ’OM’ namely ‘A’, ‘U’, and ‘M’. It also represents three worlds, three Gunas, the first three kinds of atman and like.

Thus, the three streaks of the Tilaka represent the three sacred powers of Lord Shiva namely the will power (iccha-shakti), the power of knowledge (jnan or gyan-shakti), and the power of action (Kriya- shakti). According to the other Shaiva texts, the Tripundra Tilak signifies the Trident (Trishula) of Lord Shiva and is also symbolic to the divine Trinity namely Lord Brahma, Lord Vishnu, and Lord Shiva.

People who belong and follow Vaishnavism are known as Vaishnavas or Vaishnavites. The tilak applied by the Vaishnavas too differs, these people apply Tilak of vermilion, sandalwood paste, clay, or by mixing clay and sandalwood paste. Two parallel vertical lines are drawn on the forehead with Chandan paste (sandalwood) these lines are joined in the area between the eyebrow which forms a ‘|_|’ shape which looks like a box U shape.

Once this is done a tilak of vermilion in the shape of the tulsi leaf is drawn between the gap of the two parallel lines inside the ‘U’ shape and below the ‘U’ shape a teardrop shape touching the base of the ‘U’ shape is drawn with sandalwood paste.

About Tilak that the Vaishnavites apply

The tilak that the Vaishnavites apply is known as the Urdhva Pundra, Srivaishnava Urdhva Pundra, or the Srivaishnava tilaka.  Urdhwapundra : at least one vertical line drawn on the brow is called Urdhwapundra. Soil from the spots blessed by Shrivishnu or from the banks of Holy waterways like Ganga, Sindhu, or gopichandan (white dirt ) can be utilized for drawing Urdhvapundra.

Similar to the Shaiva texts, the ancient and much treasured Vasudeva Upanishad is a traditional text of the people belonging to the Vaishnava sect.  It talks about the importance of the Urdhva Pundra Tilak. This states that the Urdhva Pundra Tilak is symbolic of the heavenly trinity Brahma, Vishnu, and Shiva.

The people who are devotees of Lord Ganesh and who offer prayers only to Him are known as Ganapatya. The people belonging to this sect often apply red sandalwood paste which is known as rakta Chandan.

People who belong to this sect are ardent devotees of the Hindu Goddess and where Shakti is believed to be the Supreme Head of all the Gods and every creation including the celestial bodies. These people are known as Shaktas. The way of applying tilak or tikka is very simple. A vertical line is applied using kumkum powder or red Turmeric on the forehead. (Do not confuse it with bindi that is worn by women on their foreheads)

Honorary tilaks knew as Raja tilaka and Vira tilaka are similar to the tilak applied by the Shaktas. A tilak generally of red kumkum is applied on the forehead of the person who is honored by drawing a singular vertical line. This kind of tilak is often used during enthroning a King, welcoming an important guest, or a personality. The leaders, soldiers, and other victors are honored by applying the Vira Tilak after a war.

Apart from the Tilak and Hindu sects mentioned above, numerous other people belong to various other sects across Hinduism. Similarly, there are a wide variety of unique tilaks that can be witnessed across the various Hindu communities but given above are some of the most popular tilaks.

Various Hindu sects are marked by the varied types of tilak they apply. Also, the material and shape of the tilaks vary as mentioned above. Let us now look at how to put tilak on the forehead. According to the Holy Scriptures, the tilak must be applied with the middle finger as this finger is said to be related to the heart. The vibrations moving through it are conveyed to the heart.

While applying tilak to Parameshwar in the mid-forehead locale vibrations exuding from the ‘third eye’ present there are conveyed by it to the heart, along these lines producing commitment and bhav (otherworldly feeling) in the brain for the day and giving Shanti (peacefulness). Men should rehearse the above technique. Ladies should utilize their ring finger to apply kumkum [saffron] to their brow, and the center finger to apply it to other ladies or men.

What’s the Significance of Tilak among Hindus?

The tilak plays a pivotal role in the Hindus. Applied on the temple between the brows on the forehead, it is a spot that holds immense power. The spot where the bindi is applied is the place where the body’s most significant chakra rests — the Ajna chakra. Our body has seven key chakras, energy focuses. These chakras are a wellspring of colossal force.

The Ajna chakra is specially consecrated, as it is the purpose of the intersection of the three primary nadis — ida, pingala, and shusumna. Accordingly, it is additionally respectfully called Triveni or Sangam. As the focal point of all grandiose energy, this vital spot is known as the master sthan, site. Our awareness lives here; it is likewise the residence of our psyche. Our whole body is controlled from here.

During yoga contemplation, the psyche is focused on this dhyan chakra. The dhyan chakra speaks to our psyche brain and all our overflowing considerations. Concentrating on the Ajna chakra restfully affects the brain. The sacredness is connected to this spot on the brow and the tilak, bindi, or tika is legitimately applied here. Additionally, a tilak of Chandan, sandalwood glue, has a quick soothing effect.

Indeed, a person who is anxious and worried cannot be calm as soon as he applies tilak but the application of the tilak is the first step towards calming the mind and cleansing the thought pockets. It has the power to unwind the psyche of negative anxieties.

Thus the application of tilak is not just an age-old custom which was practiced and is still practiced by Hindus all over the globe but it has a range of health, spiritual and scientific benefits attached to it. It is a mark to welcome the guest and to honor the brave. It is the mark that is used to revere the Gods and Goddess and it is also a mark that promotes togetherness, respect, and love. So the next time you feel anxious or nervous or if you want to greet someone or if you are visiting a temple do not forget to apply a sandalwood paste or kumkum powder on your forehead. 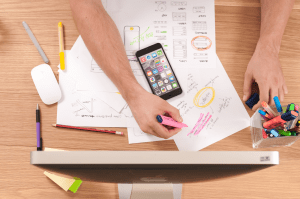 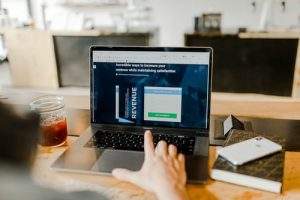